Speculation in the stock market: a look at the GameStop case. 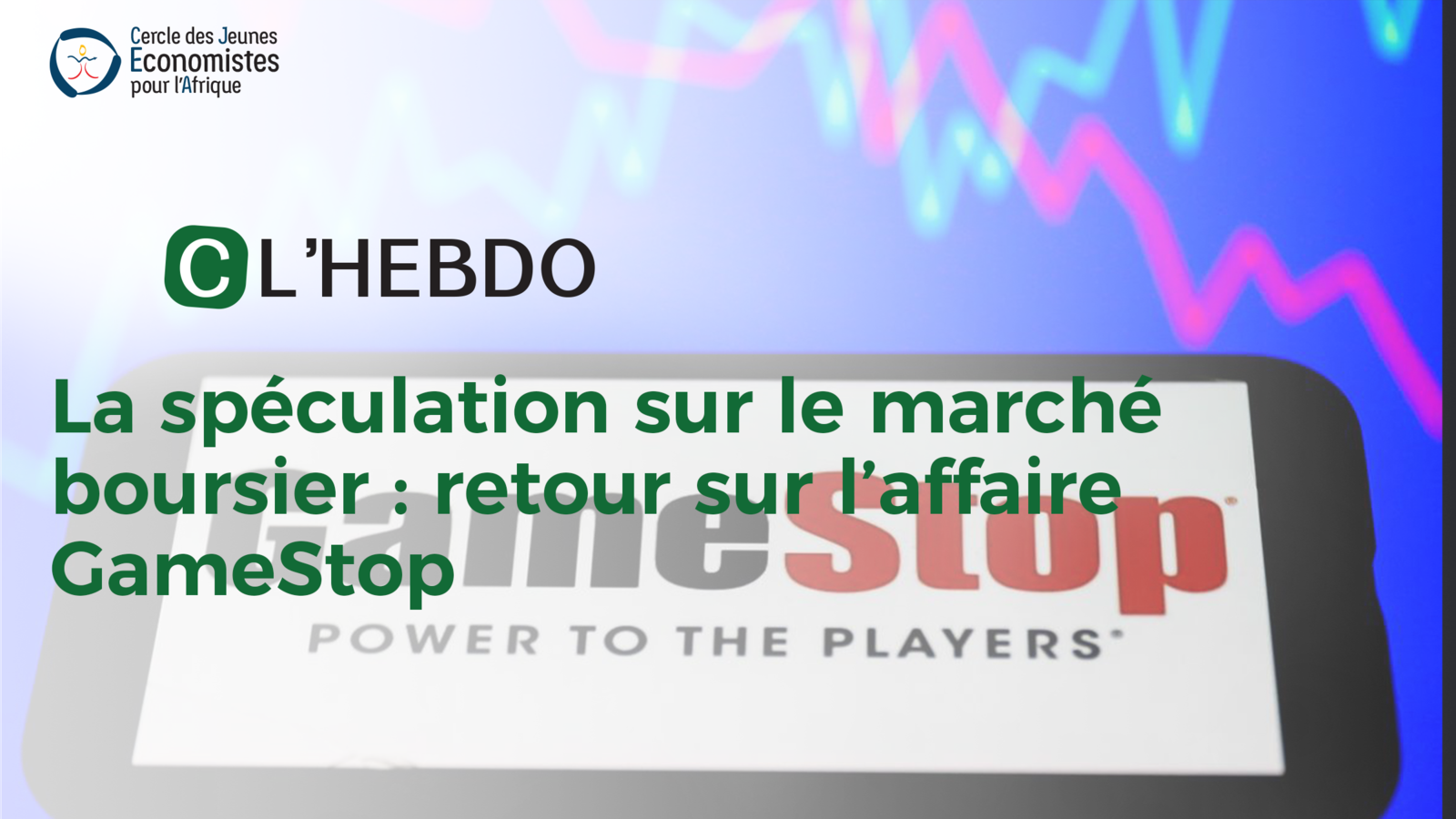 Stock market speculation is a practice which consists in carrying out a series of purchases and sales of values or financial securities with the aim of quickly realizing capital gains. Speculating is therefore betting on the rise or fall of stocks or securities without actually buying them.

There is a famous saying that one man's loss is another man's gain. In this perspective, famous American investment funds having noticed that the video game company GameStop listed on the New York Stock Exchange was in crisis, they tried to make money by betting against it. They decided to do what is called "short selling" by first borrowing massively shares that they did not own, then selling them at a high price, and then waiting for the price to drop before buying them back at a discount and returning them to the entities they had borrowed from. Their position was confirmed in mid-January by Wall Street analysts who estimated by their models that the price of GameStop shares will fall.

However, a community of amateur traders gathered on a forum called WallStreetBets thwarted all the models by believing that it was possible to get rich by betting on a rise in GameStop's share price instead. They also found an opportunity to trick the big institutional players on Wall Street by coordinating to buy massive amounts of GameStop stock and drive up its value. It was a complete success!

GameStop's stock prices have become very volatile. Prices increased by 168% between February 19 and February 25, 2021. Prices then continued to rise, reaching $264.48 on March 12, 2021. As a result, while hedge funds lost millions of dollars, amateur traders made millions of dollars, damaging the system. The hedge fund Melvin Capital, a major US investment fund,

was one of the biggest losers as he had bet on a decline in GameStop's share price. He was forced to accept huge losses by buying back all the GameStop shares sold.

This situation has prompted the U.S. securities regulator, the SEC, to strengthen oversight related to

From all the above, it is clear that speculation plays an active role in accelerating the rise or fall in the value of assets on the markets. It can be destabilizing for the financial markets given the strategies of speculators and the limited time horizon, i.e. the short term. An investment in shares should be considered on the long term beyond the expected quick gains, as George David maintains: "if you don't invest on the long term, there is no short term".